Tonight is the most magical night of the year. Adults and children alike have been waiting for a year for the arrival of the Three Kings of the East, who will spend the night of January 5 to 6, distributing gifts to all children – and less children – provided they have been well behaved over the past 12 months.

If you want to talk to the Three Kings, pay attention to these possibilities in app form

The illusion reigns today and many people will attend – taking their precautions and respecting the health protection measures – some of the many parades and parades of the Kings that will be held this year in practically all the municipalities.

However, some will prefer to watch the parades on television or, better yet, try to speak live with the Three Kings to let them know their requests, when they have already been able to write a letter to Their Majesties with these apps that we advised them.

-Reyes Magos – Family Video Calls (iOS): This is a free app that you can download from the Apple Store app store. With it, you can talk in real time with any of the mages, whatever you choose.

Her Majesty will appear on the screen and thanks to TrueDepth technology, Her Majesty’s facial expressions will be mimicked. The voice will be that of a distorted adult. It is worth a try.

-Tele Reyes Magos: This is a web page that works in desktop browsers (Chrome, Safari, Opera, or Firefox) and also contains apps for Android and iOS. Just press the “I want to talk to my wise king” button and select your favorite king to talk to him directly. As simple as that. 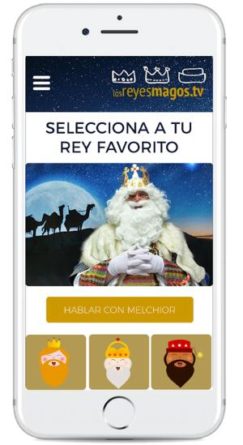 -Video call with the Three Kings (iOS and Android): With this app, the video call can even be recorded. This way, kids can relive their conversation with their favorite Wizard King over and over again. It is available for free on iOS mobiles and Android phones, by downloading it from the corresponding App Store. 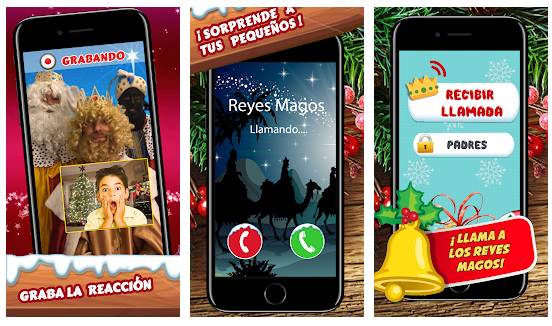 -Video calls of the Three Kings – Christmas Messages (Android): In this case, the application is only available for Android phones, but the operation is very similar to the previous one. It also allows you to record the video call to keep the memory forever. 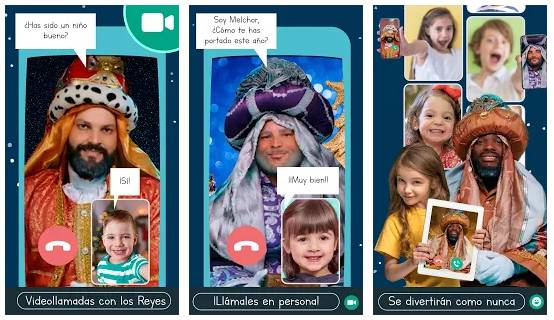 -Reyes Magos Iberia: This year, Iberia also launched a feature that allows you to see the Three Kings live and even receive a -fictional- video call from its website. It is enough to put the name of the child, to select a series of data which will be reproduced in the video and to press on play.

If you buy something through our links, we may earn money from our affiliate partners. Learn more. Every business wants to stand out in the crowd. And that’s why they invest in branding to differentiate themselves. But branding comes at a price few small businesses can afford. Fortunately, there are several design apps that can […]

New travel apps to help you plan your next 2022 getaway

While travel is loaded amid the rise of the Omicron variant, people are still dreaming of their next getaway. There are even new apps to make travel planning and enjoyment easier. A number of these were introduced (and some old favorites updated) when travel was at a standstill. Wondering which one to try? Here’s a […]

Yes, there is an iPhone trick to ditch Apple’s Mail and Safari apps.

We’ll show you how to set default apps on your iPhone or iPad. scar Gutiérrez / CNET the iPhone has a lot to offer. You can pack it full of fun apps, use it for amazing photographs, and just enjoy using it day in and day out. But, for a long time, you were also […]