Google is shutting down Hangouts, its classic cross-platform instant messaging app. The company announced last week that the app would cease to exist this fall. Before that, it started supporting mobile devices. According to a report by 9to5Google, the Hangouts mobile apps for iOS and Android have stopped working for “many” users.

This Hangouts shutdown is long overdue. Google started the groundwork a few years ago, with Google Chat as a replacement. The migration began in June 2020. The company has continued to move users to the new modern messaging service over the past two years. He’s finally ready to kill Hangouts once and for all.

The old Hangouts mobile apps seem to be the first to break down. These apps haven’t seen major updates in years and were removed from the Google Play Store and Apple App Store for new downloads recently. Those who had them installed can also no longer access the apps. They’re heading to the graveyard for good.

The apps had been functional since last week, the new report says. You can view conversations and send new messages. But in recent days, apps have lost all these capabilities. Launching the app now prompts users to switch to Google Chat. “It’s chat time in Gmail. Hangouts has been replaced by Google Chat,” the prompt reads, along with links to the dedicated Google Chat app and Chat integration in Gmail.

Google has been preparing for this transition for two years. The vast majority of messages will migrate to the new platform, ensuring little to no disruption to your messaging experience. However, the company’s official support page notes that “some conversations or parts of conversations will not automatically migrate from Hangouts to Chat.” Google says it will email more information to affected users later this year, around September 2022.

Hangouts on other platforms will also be discontinued soon

After mobile apps for Android and iOS, Google plans to disable the Hangouts Chrome desktop extension. The classic Hangouts found in the Gmail sidebar on the web will also be gone this month. You must either switch to the built-in chat in Gmail.com or the chat.google.com PWA (Progressive Web Application). The hangouts.google.com the web client will remain functional until at least October. But it will stop working afterwards. Google says you can download a copy of your Hangouts data using Google Takeout until November this year. 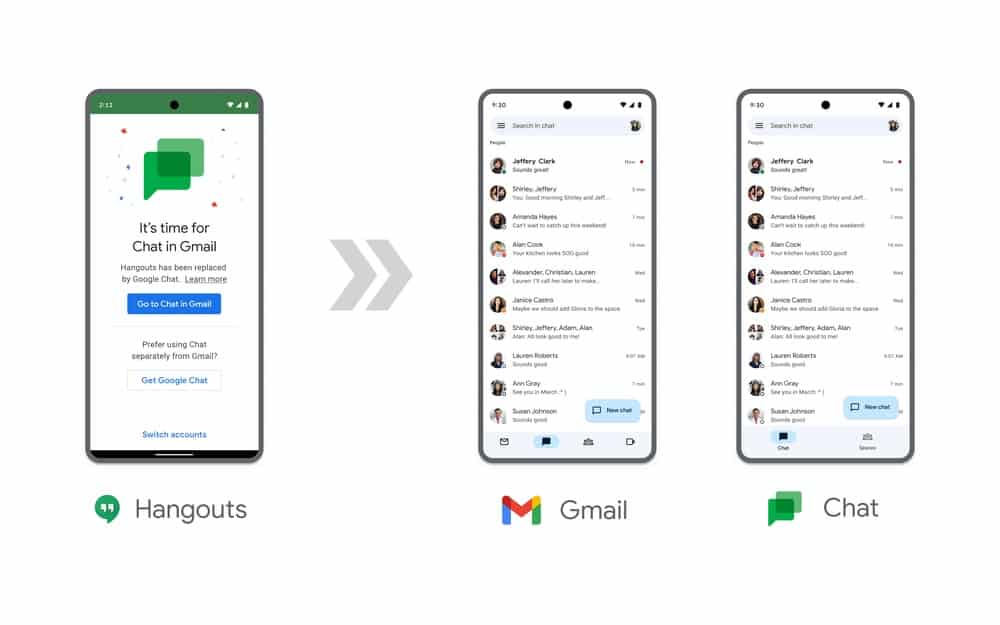 How to remove pre-installed Facebook apps on your Android smartphone

With over a billion active users, Facebook is undoubtedly the most popular social media platform in the world. Despite its popularity, Facebook’s image has been tarnished over the years as it has become mired in controversies over unethical practices in handling user data. For many users, these privacy issues are enough to give up using […]