Google will soon upgrade web apps by adding a “tabbed” view mode/interface, i.e. tabs to web apps on Windows 11, Windows 10 and other desktop platforms. The company dropped the hint of the feature in a bug post filed in 2018 and now plans to prototype the idea, according to a document we spotted.

Google wants web apps to be as powerful as possible, and one way to do that is to make multitasking easier. All browsers have tabs and it would make sense for web apps to support tabs as well. Google believes that the tabbed view mode in web apps will allow you to access various PWA features without leaving the main window.

This can make copying, downloading, and browsing much easier than current web applications, where you have to rely on a web browser or other applications to complete certain tasks. With the current implementation, in a web application, if you click on a link, the web application loses focus and users are redirected to a browser.

With a “tabbed” interface or display, Google believes it is possible to have behavior similar to a regular browser window. For example, web application tabs will allow you to open multiple documents from an index page.

Google is exploring support for a new “tabbed” display mode and a new “tab_strip” variable in a new manifest that allows web apps.

“Currently, PWAs in a standalone window can only have one page open at a time. Some applications expect users to have multiple pages open at once. Tabbed mode adds a strip of tabs to stand-alone web applications that allow multiple tabs to be open at once,” Google noted in a document. 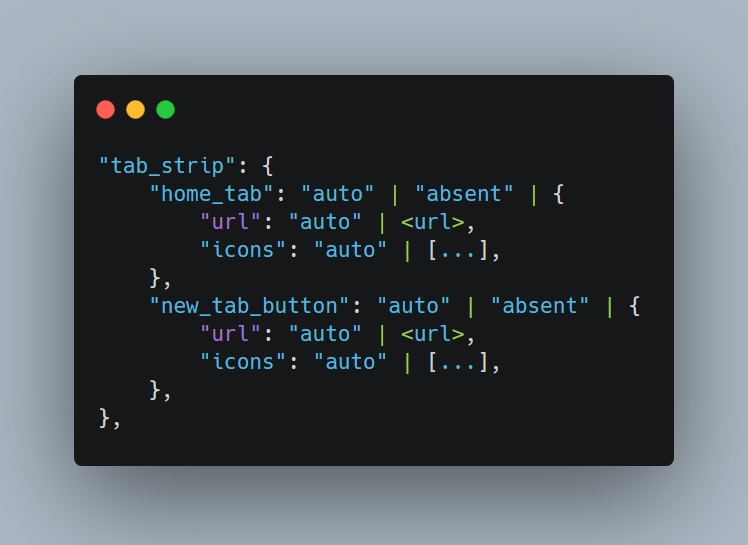 In the code above, “home tab” refers to the main or pinned tab of the web app that will always open when you launch the web app. If you click on a link in that pinned tab or home page, it will direct you to a new tab. The new manifest field allows customization of the tab strip, depending on the company.

Google says “Apps can choose to customize the URL this tab is locked to and the icon displayed on the tab.”

Additionally, user agents can decide where to manage these tabs to create new windows or combine them with browser tabs.

This feature can be particularly useful for productivity apps that allow multiple documents to be edited at once and have a home tab, i.e. home page. For example, Office for Windows comes with a home page and includes links to documents and other features.

Similarly, Google web apps with a tabbed interface can use the home tab as a menu to open existing files, which would then all open in their own tab.

According to a post on Google’s Chromium discussion forum, Google will add this feature to the browser soon, and users can test it with a new “enable-desktop-pwas-tab-strip” flag.

In addition to web app improvements, Google Chrome is also getting modern scrollbars on Windows 11 and Windows 10.

Windows comes with nifty apps and features for smooth and smart computing. But if you are an experienced user, you will know that Microsoft PowerToys, with its innovative utilities, takes the Windows experience to a new level. What’s more exciting is that PowerToys has been updated with some of the most requested features from its […]

10 free ebook reader apps for your smartphone or tablet

You’ll find plenty of ebooks online that you can buy cheap or get for free, but what if you don’t have a dedicated ebook reader? No problem. Just launch an ebook reader app on your phone or tablet. Whether you’re trying to read Mobi, EPUB or PDF files, there’s an ebook app that will work […]

It seems Android 12 likes to stay in the spotlight for all the wrong reasons. Since its release alongside the Pixel 6 and Pixel 6 Pro, the number of bugs and glitches has left users angry and frustrated. And things don’t seem to be getting any better after the December 12 Android update. Besides the […]