Facebook is bringing back the timeline feed so users can see updates from friends in the order they were posted.

The social network is rolling out a new tab called “Feed” for its iOS and Android apps, which shows the most recent posts from friends, groups and Pages.

It is also renamed the main tab of the Facebook app – the first thing users see when they open the app – “Home”.

The Home tab will continue to sort posts by “relevance,” based on its algorithm, along with personalized recommendations of who to follow.

Facebook hopes that splitting the News Feed into Feed and Home will help it better compete with more hip rival TikTok.

TikTok uses a fine-tuned algorithm to determine what people want to see based on past activity – something Home is likely to become increasingly similar to.

The social network is rolling out a new tab called ‘Feed’ for its iOS and Android apps, which shows the most recent posts from friends, groups and Pages.

“Suggested for you” – posts from accounts that users don’t follow that appear based on previous activity – will appear on the home page, not in feeds.

However, ads will appear both on the homepage and in feeds.

Meanwhile, Feeds will look back at how Facebook appeared over a decade ago.

Facebook used to have a chronological News Feed, but starting in 2011 it was phased out and replaced with algorithm-based content and the most popular posts from friends closer to the top.

Mark Zuckerberg, CEO of Meta, the company that owns Facebook, said the introduction of Feeds responds to user demands.

“One of the most requested features for Facebook is making sure people don’t miss posts from friends,” Zuckerberg said on his Facebook page.

“So today we’re launching a Feeds tab where you can see posts from your friends, groups, Pages and more separately in chronological order.

“The app will always open to a personalized feed on the Home tab, where our discovery engine will recommend the content we think will interest you the most.

“But the Feeds tab will allow you to further customize and control your experience.”

Streams have already started rolling out to Facebook users globally, and all users should be able to see it on the app next week. 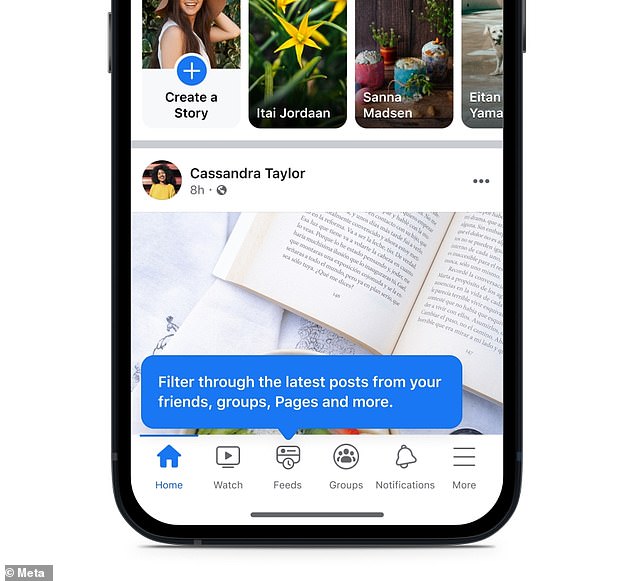 Feeds appear as a tab in the shortcut bar. On iOS, this bar is at the bottom of the app, and on Android, it’s at the top 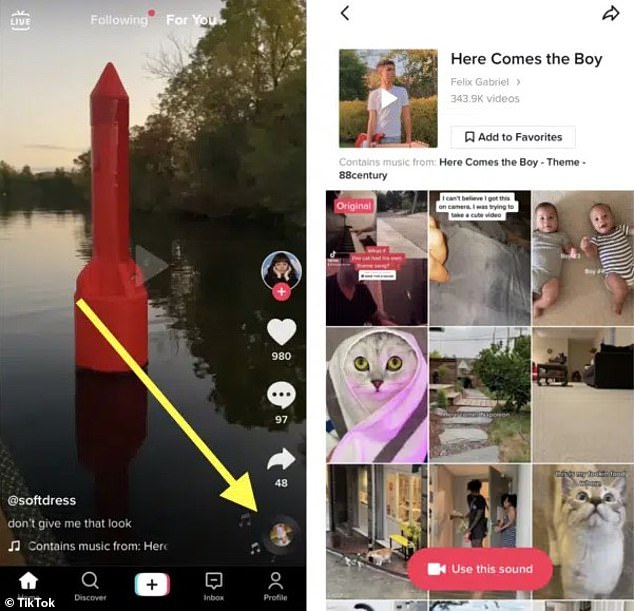 Feeds appear as a tab in the shortcut bar. On iOS, this bar is at the bottom of the app, and on Android, it’s at the top.

While Feeds is designed to provide users with an easy way to access content in chronological order, users can also curate a “Favorites” list of friends and Pages that matter most to them and filter their content. .

“Suggested for you” – posts from accounts that users don’t follow – will appear on the home page, not in feeds. However, ads will appear both on the homepage and in feeds. 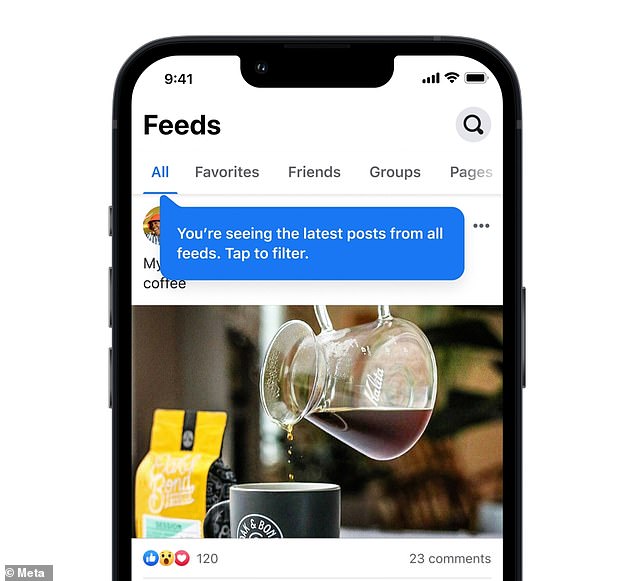 “From Home, you can also create a Reel, see what your connections are sharing on feed and in Stories, and build a community around new and shared interests.”

Meta said the Facebook app tabs – including Home, Feed, Watch, Groups and Notifications – change position depending on which one is used the most.

To prevent a tab from moving around, users can also customize and pin a tab to their shortcut bar, making its location permanent.

Facebook is giving users more control at a time when it’s struggling to grow, in part because other social media platforms such as TikTok have become more popular, especially among younger generations.

This stagnation, in turn, makes it harder for parent company Meta to grow its profits from the digital ads that appear in users’ feeds.

In February, Zuckerberg revealed that Facebook had seen a drop in daily user numbers for the first time in its history – blaming much of it on TikTok.

In February, it was revealed that Facebook had lost daily users for the first time in its 18-year history in the last quarter of 2021, which CEO Mark Zuckerberg said was caused by the TikTok boom.

The social media giant’s earnings report sent Facebook shares down $20, wiping more than $200 billion from the company’s market capitalization and wiping out $29 billion from Zuckerberg’s net worth.

“People have a lot of choices about how they want to spend their time, and apps like TikTok are growing very quickly,” Zuckerberg said at the time.

Zuckerberg reiterated that Meta – the company that owns Facebook, Instagram and WhatsApp – is working to grow its shorthand video Reels in a bid to compete with TikTok.

“That’s why our focus on Reels is so important long term,” he added.

For a roundup of the biggest and most important stories from TechCrunch delivered to your inbox every day at 3:00 PM PT, subscribe here. It’s Earth Day, also known as April 22, 2022, and we’re beyond grateful that the sun is setting for another week. We love our TechCrunch Live events, but realize that we […]

As telecom operators plan to roll out 5G services soon, India will witness new and advanced data speeds where applications will range from connected ambulances to cloud gaming and even augmented reality trials for shoppers, reported PTI quoting experts. Fifth generation or 5G services will enable users to download full, high-quality videos or movies to […]