(Photo: Photo Illustration by Justin Sullivan/Getty Images)
In this photo illustration, Facebook and Instagram apps are seen on an iPhone screen on October 04, 2021 in San Anselmo, California. Social media apps Facebook, Instagram and WhatsApp are experiencing a global outage that began before 9 a.m. (PST) Monday morning.

Two of these bills are now ready for vote. However, US Senate Majority Leader Chuck Schumer has yet to schedule the necessary vote.

If these two bills make it through the Senate, chances are that Apple’s default apps will be banned. In recent years, the iPhone maker has been criticized for having pre-installed its applications.

While there’s a good chance that both bills will pass, experts said Apple has its own tactic to encourage users to install its iOS apps.

According 9TB5MacAccording to Apple’s latest report, once the US government bans default iOS apps, Apple will no longer be able to pre-install its own apps on iPhones. 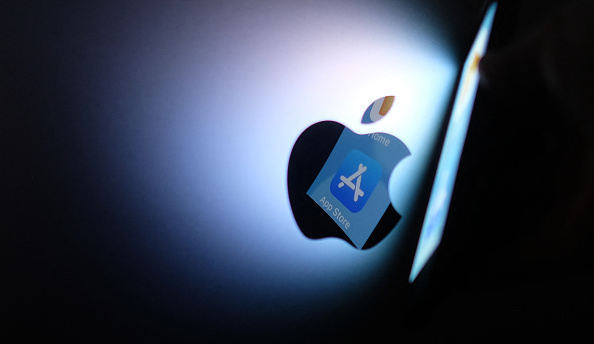 (Photo: Photo by CHRIS DELMAS/AFP via Getty Images)
This illustration photo shows the logo of Apple’s App Store reflected from an iPhone on the back of an iMac in Los Angeles, August 26, 2021. – Apple has agreed to ease payment restrictions on its App Store, a major change announced in a settlement with smaller developers as the US tech giant faces increasing scrutiny.

This means consumers will have more options. For example, if you buy a new iOS smartphone, you will have to choose from the Internet browsers provided.

These include Firefox, Chrome, Edge, Opera and Safari. This also goes for other types of apps, such as music and map apps.

In addition to that, you can also install other apps that are not from the official Apple App Store. Now, if this scenario ever really happens, here’s what the tech giant could do.

Will Apple use pop-up warning messages?

MacWorld reported that Apple recently announced that Netflix subscribers can already use other payment methods.

Since Apple no longer controls how the streaming service pays on iOS devices, it uses pop-up warning messages to persuade consumers.

Tim Sweeney, the CEO of Epic Games, criticized this decision by Apple.

“Although Netflix is ​​escaping Apple’s 30% revenue tax, Apple is imposing a new tax – the tax ‘scaring off customers by making all competing payment processors look unreliable,'” a said Sweeney via his official. Twitter account.

Chances are Apple will do this with its iOS apps as well if the US government ever bans them.

On the other hand, Apple has announced that developers can now increase iOS app subscription fees.

For more information on Apple apps and other related tech topics, always keep your tabs open here on TechTimes.

This article belongs to TechTimes

ⓒ 2022 TECHTIMES.com All rights reserved. Do not reproduce without permission.

Ohio approved the launch of 18 sports betting apps, including DraftKings, FanDuel and BetMGM, on New Year’s Day. Along with their online sports betting approvals, the Ohio Casino Control Board on Wednesday announced licenses for several additional types of in-person sports betting operators. Ohio’s sports betting law, passed in late 2021, allows up to 46 […]

Wells Fargo turned down most refinance apps for black homeowners

Plus, formerly cordoned off neighborhoods are hotter and homeless New Yorkers fear for their safety. Wells Fargo has turned down more than half of black homeowners’ refinance requests A Bloomberg survey found that Wells Fargo approved refinanced mortgages for only 47% of black homeowners who applied in 2020, compared to 72% of white homeowners. Following […]